A general view of the Rugeley Amazon Fulfilment Centre on November 23, 2022 in Rugeley, UK. Black Friday will start on November 25, 2022. The day of discounts originated in the US, has become increasingly popular in the UK with many retailers and e-commerce platform announcing discounts in the weeks leading up to the day. Photo: VCG

Black Friday, the traditional shopping carnival in the West, which falls on November 25 this year, is expected to meet headwinds in terms of sales amid the challenging spending environment in the US and Europe as persistent inflation and rising interest rates continue to bite purchasing power, businesses and experts said.

Different from previous years, when Chinese cross-border e-commerce platforms tried to double down on Black Friday, which marks the start of the Christmas shopping season in the West featuring deep discounts and packed retail outlets, exporters have reduced their expectations as inflation-hit consumers curb their expenditures.

Zhu Qiucheng, CEO of Ningbo New Oriental Electric Industrial Development, told the Global Times on Wednesday that “based on the data we have monitored, there won’t be a peak sales season this year as consumption power is declining in the US amid rising inflation”.

“Most sellers are clearing their inventory this year, and last year’s inventory may not have been sold,” Zhu added.

Given the bleak outlook, Zhu’s company has increased shipments to other markets such as South Korea and Southeast Asia where orders have surged recently, he said. “Next year, one of our biggest directions may be emerging markets in Southeast Asia and China itself.”

A trading company engaged in accessories based in Hangzhou, capital of East China’s Zhejiang Province, has lowered expectations for sales during the Black Friday shopping spree and the Christmas sales season in December.

“Our current measure to improve our performance is by cleaning out inventory as much as possible while promoting sales,” a representative of the company told the Global Times on Thursday.

One highlight of this year’s Black Friday is its coincidence with the Qatar 2022 World Cup, which runs from November 20 to December 18, generating some hot-selling items.

“Products related to the sports event like footballs, flags and jerseys are popular,” Zhu said.

E-commerce sales were largely flat in the first few weeks of November in the US, latest data from Adobe Analytics, which tracked 80 of the top 100 US retailers, showed, indicating that consumers are taking a more cautious approach to their holiday shopping this year. In the first three weeks of November, consumers spent $64.59 billion online, up 0.1 percent on a yearly basis, Adobe said.

It is expected that overall Black Friday online sales in the US will be around $9 billion in 2022, due to the impact of the highest inflation there in 40 years, the wave of layoffs in Silicon Valley technology companies, and the global “economic winter”, Wang Xin, president of the Shenzhen Cross-Border E-Commerce Association, told the Global Times on Thursday.

“As the purchasing power of American households drops, to cope with the balance of payments and a possible economic recession in the US, the 2022 year-end shopping season is unlikely to see a repeat of the shopping sprees in previous years,” Wang said.

Zhu also noted that the massive layoffs at e-commerce giants like Amazon reflected the downturn in the US economy and weak consumer spending.

Americans’ inflation expectations rose in November, while consumer sentiment plunged, according to the preliminary survey results from the University of Michigan’s survey of consumers. The consumer sentiment index fell to 54.7 in the first two weeks of November, about 9 percent below October and erasing about half of the gains that had been recorded since reaching a historic low in June.

It is the same for British consumers. According to research by GlobalData, consumers in the UK are expected to spend 22.62 billion pounds ($27.3 billion) during the two-week Black Friday shopping period, a slight increase of 2.1 percent year-on-year. But if inflation is considered, it actually means consumers will be putting fewer items into their baskets.

“If interest rates keeps on rising while the economic slump continues to impact employment, it will affect the US job market, meaning more people cannot be sure of their incomes, which indicates consumption will be hit further,” Bai Ming, deputy director of the International Market Research Institute at the Chinese Academy of International Trade and Economic Cooperation, told the Global Times on Thursday.

The US economy saw its first period of positive growth this year in the third quarter at an annual rate of 2.6 percent, but many experts expect a recession early next year.

In 2023, the US economy is projected to grow by only 1.0 percent, according to the IMF. 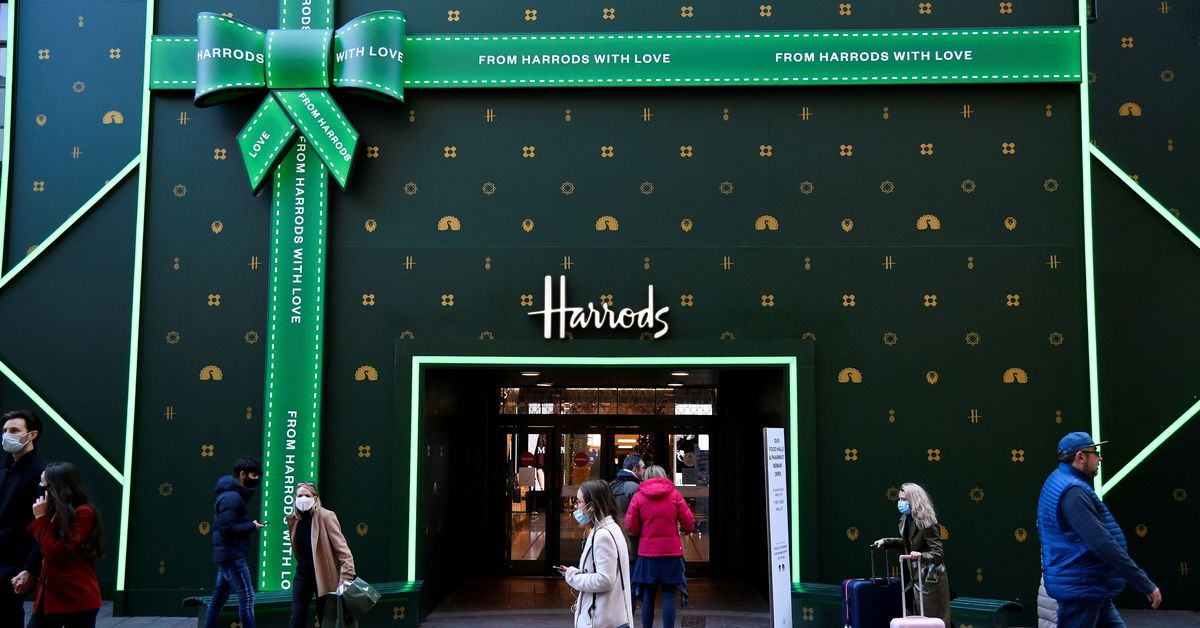 The 2022 World Cup kicks off on Sunday, November 20 in Qatar. Unlike other World Cups that have been held before in summer, to avoid the extreme local hot weath