OU Basketball: Oklahoma Blown Out by No. 11 TCU 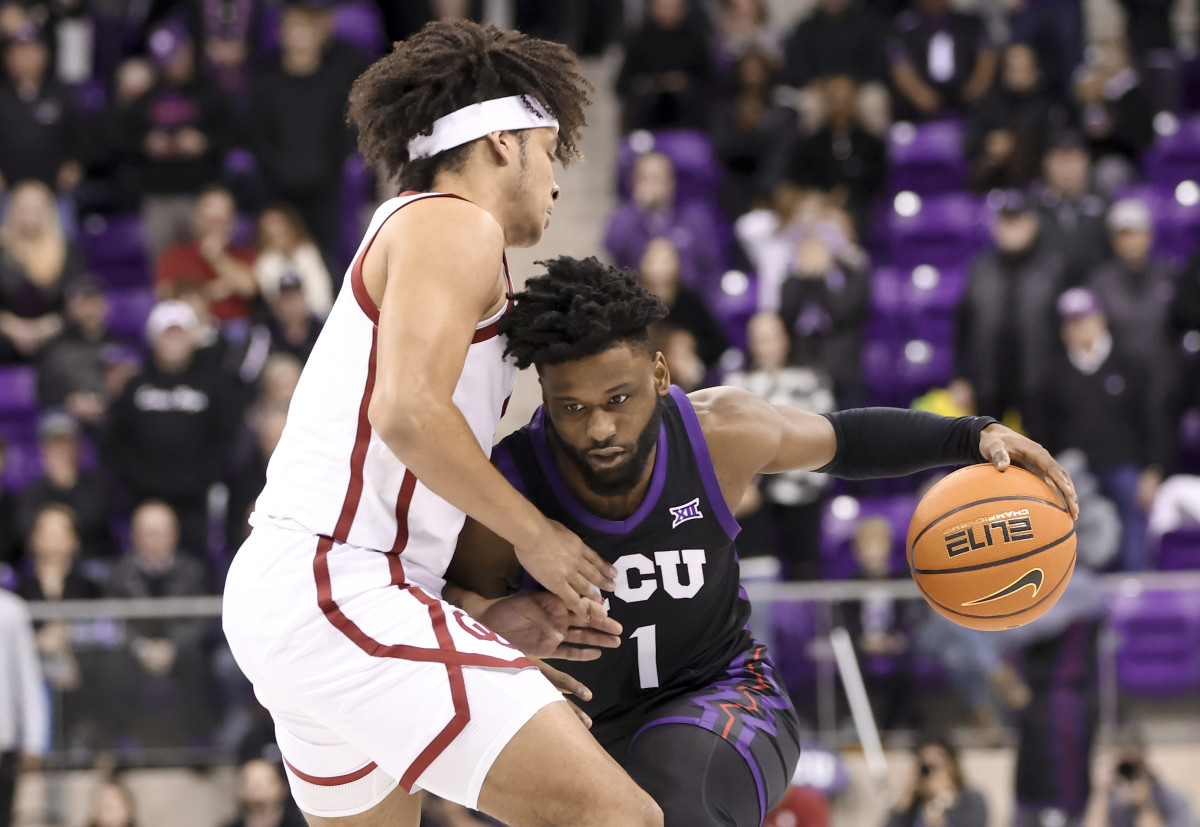 Oklahoma has suffered its fair share of close losses this season.

But Tuesday night, the Sooners were outmatched from the opening tip.

Hitting the road to take on the No. 11-ranked TCU Horned Frogs, OU turned the ball over on four its first five possessions of the game, helping the Horned Frogs race out to an 11-0 lead.

The Sooners never recovered, as TCU blew Oklahoma out 79-52 at Schollmaier Arena in Fort Worth, TX.

The defeat was the biggest loss of the Porter Moser era at Oklahoma, and the Sooners’ worst loss since dropping a Big 12 contest to the Baylor Bears 77-47 on Jan. 28, 2019.

In its last outing, OU’s inability to keep Baylor off the offensive glass cost the Sooners the game.

Big 12 Preseason Player of the Year Mike Miles shined for TCU, pouring in 23 points on 6-of-9 shooting, including a perfect 10-of-10 mark from the free throw line.

Meanwhile, Oklahoma’s leading scorer on the season Grant Sherfield was played out of the game.

Sherfield only added five points on 2-of-11 shooting, unable to keep his team in the contest.

TCU took a 44-27 lead into halftime, and then replicated its first half run to start the second period.

The Sooners allowed another 11-0 run out of the break, prompting OU coach Moser to turn to younger pieces off the bench as the Horned Frog lead ballooned to 31 points.

True freshmen Otega Oweh and Benny Schroder got extended runs in the lineup in the second half alongside starter Milos Uzan and sophomores Bijan Cortes and C.J. Noland.

Noland led the way from the bench, scoring 11 points on 4-of-6 shooting, adding four rebounds and two assists.

Oklahoma’s starters combined to score just 20 points on the night.

Up next, Oklahoma will get a brief reprieve from the Big 12 grind. Unfortunately, the Sooners drew the No. 2-ranked Alabama Crimson Tide in the Big 12/SEC Challenge.

OU will look to pull the massive upset this Saturday at the Lloyd Noble Center. Tip-off between the Sooners and the Crimson Tide is slated for 1 p.m., and the game will be broadcast on ESPN.

Want to join the discussion? Click here to become a member of the AllSooners message board community today!

Sign up for your premium membership to AllSooners.com today, and get access to the entire Fan Nation premium network!

Get your OU tickets from SI Tickets HERE.